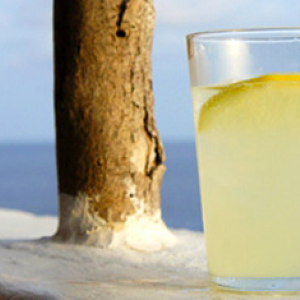 Typical beverages from the Balearics

Two popular and typical liquors made with different aromatic herbs are found in the Balearic Islands: Palo de Mallorca and hierbas (herbs). Hierbas is served as a digestive after a meal and is highly popular both among locals and visitors. Originally hierbas was associated as a beverage from Ibiza but it is now also produced in Majorca. This herb-based liquor with a distinct taste of anise comes in three varieties: hierbas dulces (sweet), semi-dulces (semi sweet) and secas (dry). The mix of plants such as anise, fennel, juniper, rosemary or thyme gives it its characteristic amber and green colour.

The dark Palo liquor is usually drank as an aperitif; alone or with ice or with soda water. Its production is regulated and it is made exclusively in Majorca. As for its key ingredients we find the root of the bitter herb the Yellow Gentian or Bitter Root, in Latin known as Gentiana lutea and the quina calisaya (quinine) plant. Originally it was used to combat illnesses, such as malaria, caused by the many mosquitos that thrived when there used to be a lot of swampland in coastal areas of the Balearic Islands. Oranges grown in the beautiful valley of Sollér at the foot of the Tramuntana mountains are the base of the Licor de naranjas de Sóller which has gained notoriety in more recent years. Serve this sweet liquor on its own, with ice or in a cocktail.

Since some years back beer lovers can also find locally brewed beer when visiting Majorca. Various micro-breweries are spread over the island and they are getting increased attention from the culinary press and beer enthusiasts. Most of these small producers do not use any artificial additives in their artisan beer.

From the neighbouring island of Menorca originates the famous Gin Xoriguer. This is the brand name of a popular artisanal gin elaborated in a distillery in Mahón, founded by the Menorcan Miguel Pons Justo and that still today belongs to the Pons family. The gin tradition stems back to the 18th century when the island was part of the British Empire. This spirit with is characteristic juniper flavour is often mixed with lemonade and then referred to as pomada by the locals. The distillery can be visited and you will then of course be offered try their aromatic gin.