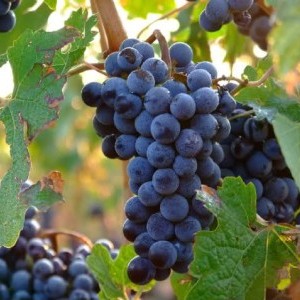 Wine is cultivated on the island since as early as 121 B.C. but it is during the last 25 years when a real upsurge has taken place.

A flourishing wine industry exists on the island with more than 70 wineries and more than 500 wine brands. The wineyards are spread all over the island, but certain areas have a larger concentration of wine makers. There is a great diversity of wine produced including sparkling, white, rosé, sweet and red wines. Two Denomination of Origin (DO) exist on the island of Majorca: DO Binissalem and the DO Pla i Llevant.

The DO of Pla i Llevant de Mallorca, covering the central and eastern parts of Majorca, received its “DO” status in 1999 whilst the Binissalem region, in the heart of the island, became a "Denomination of Origin" at the end of 1990. Each year at the end of September during several days a popular grape harvest festival, Festa des Vermar, is celebrated in the village of Binissalem, attracting many residents as well as visitors. Besides from the wineyards that belong to these two DOs, there are several other wineries that also work very hard to produce wines of high quality. These are grouped together and regulated under two labels: Vi de la Terra Mallorca and Vi de la Serra de Tramuntana-Costa Nord.

When a wineries belongs to a DO it guarantees that grapes belongs to a certain geographical provenance, that it contains certain varieties of grapes and that the winemaker has passed the required quality controls. Only the wine that is produced by wine producers within a certain Denomination of Origin region can then be marketed as a particular "DO”. There are a few indigenous grapes on the island, in other words certain grape varieties that are native to Majorca, such as the red ones Manto Negro, Callet and Fogoneu and the white grape Moll (or prensal blanc). Last but not least, Mallorca Golf Tours does not only offer the possibility to play golf on the island; some of our golf packages also include additional attractive activities such as visits to Wineries with wine-tasting. An example of one of these is the old finca Son Sureda Ric near Manacor where ecological wine is produced. Play golf in Majorca and try the island’s wines!!